What is a Good Internet Speed for Gaming?

HomeArticles & TipsWhat is a Good Internet Speed for Gaming? 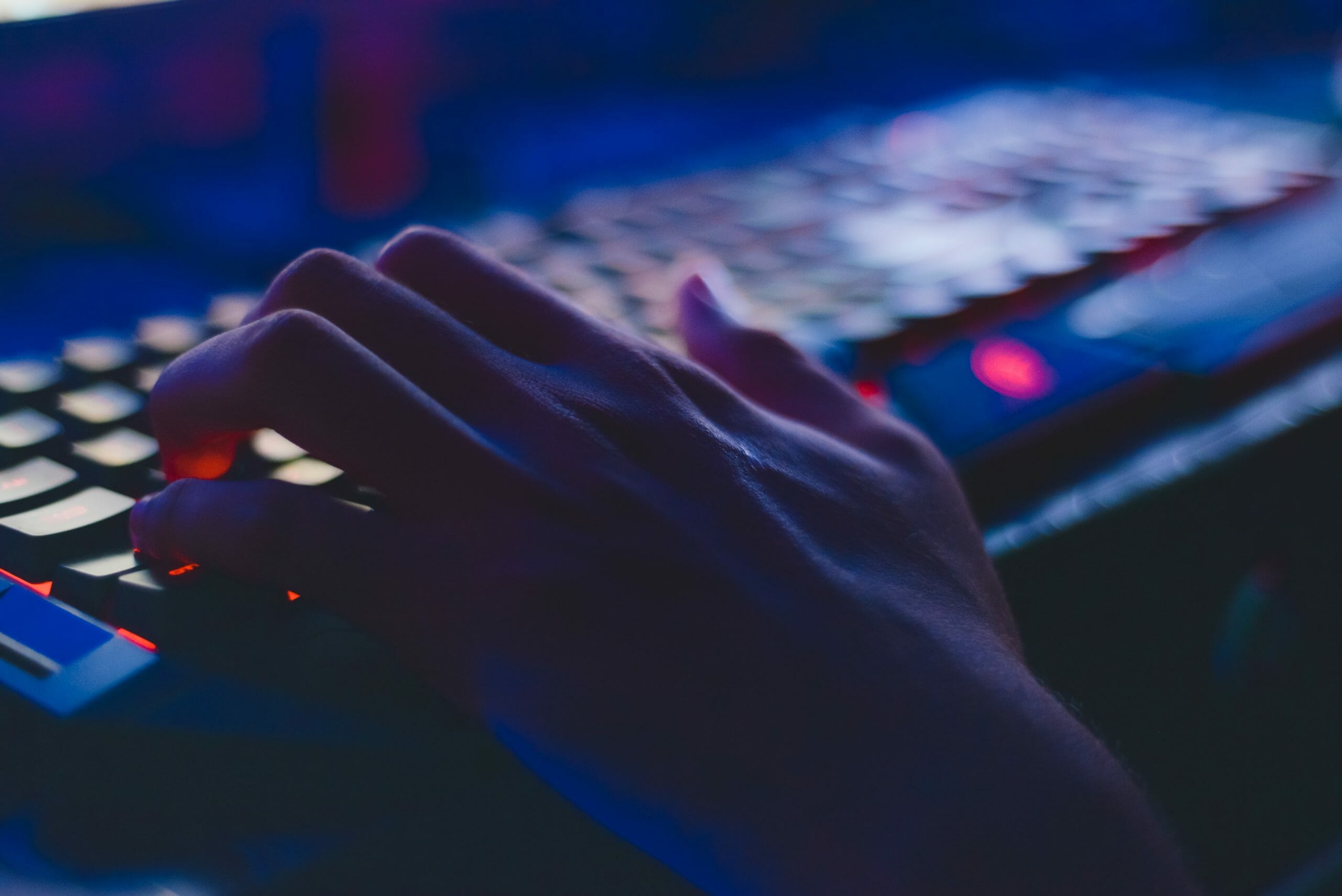 What is a Good Internet Speed for Gaming?

If you’re an avid gamer, you know how critical internet speed for gaming is. After all, a player’s performance is partially impacted by their internet connection.

To answer, “what internet speed do I need for gaming,” we’ll cover three important contributing factors. These factors are download speed, upload speed, and latency

Download speed is a commonly used term in the context of the Internet. When people ask about internet speed, they’re usually referring to the download speed. This is because it’s the rate (in Mbps) at which your device obtains data from an external server. In simpler terms, it measures how fast you can pull information from an outside source to your computer.

Thus, the higher Mbps your download speed is, the faster you’ll receive data.

Download speed is the lifeblood of internet connection. You know when your online game takes forever to start, and you’re stuck staring at the dreaded loading dots? Or when you’re just about to destroy the opposing team’s “Nexus” in League of Legends, and then you lose connectivity? These are indicators that your download speed isn’t great. And they can be frustrating and cost you a win.

So, what’s a good internet download speed that won’t jeopardize your wins?

There isn’t one perfect number when it comes to answering, how many Mbps do I need for gaming? This is because the ideal Mbps falls into a range and can depend on other factors.

For example, you may be able to get away with a download speed of 25 Mbps. This speed could suffice if you’re the only one playing the game and no one else in your home is using the internet. Conversely, a multi-player, fast-paced game like Fortnite may need Mbps of 100 or higher for a smooth gaming experience.

As you can see, there’s a wide range of Mbps that indicates a strong internet speed for gaming. So, let’s go over the general guidelines for download speed.

The FCC and most consoles advise 3 to 4 Mbps to run. Now, while this isn’t a high internet speed, keep in mind that it’s the bare minimum requirement. It also doesn’t take bandwidth into account, i.e., how many other devices are using your internet at the same time. So, 3 to 4 Mbps might not be enough to ensure there won’t be downloading issues or interruptions while you’re playing. For this reason, an Mbps of 50 or higher is recommended for delivering optimal speed. This recommendation holds true even with limited bandwidth. 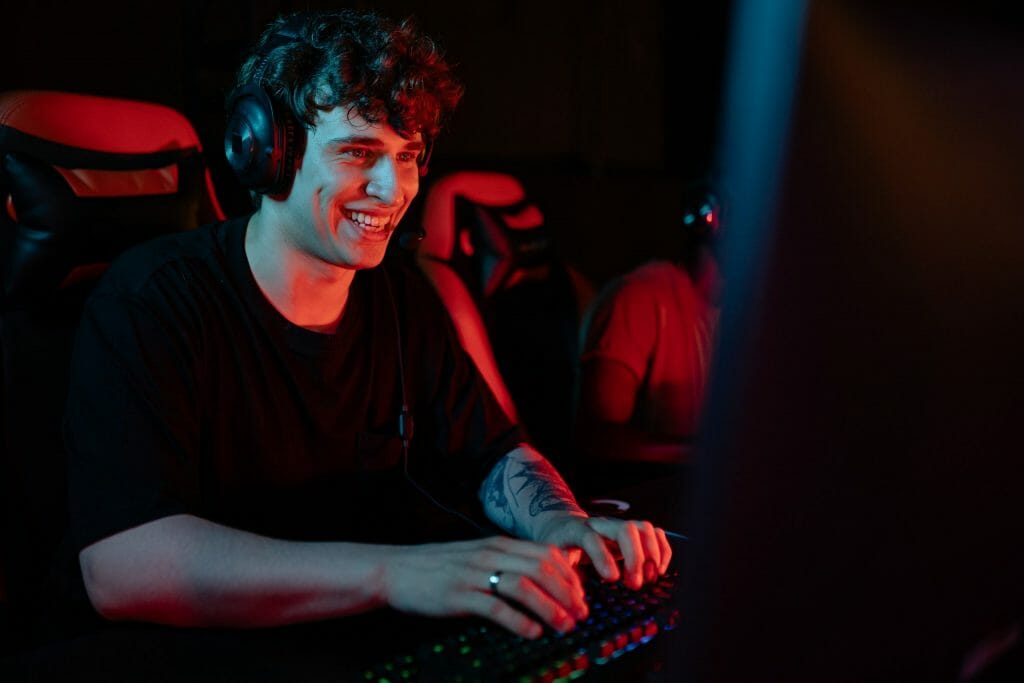 Upload speed is the rate at which your device can transmit data to the network or an external server. To think of it simply, it’s the opposite of download speed.

Gaming, and the internet in general, don’t require much uploading. As a result, the upload speed typically takes a backseat in the hierarchy of speed factors. However, upload speed is important for gaming with interactive online games. This is because interactive games require sending data to other servers.

Although it doesn’t have the biggest impact on internet strength, upload speed still affects gaming. A poor upload speed may cause short delays while you’re playing your favorite online game. And while a short delay may not sound threatening, think about the critical nature of time in gaming. Any competitive gamer knows all too well that mere seconds can decide the outcome of who wins.

Most consoles require an upload speed of 0.5 to 3 Mbps for a smooth, online gaming experience. Now, while this rate will allow your gaming device to function…that’s about it. In gaming, a merely functioning console isn’t always enough. For an optimal experience, shoot for an upload internet speed for gaming that’s 4 Mbps or higher. This rate will ensure you have a successful experience when multiple consoles are playing.

Latency is the time it takes your device to send data to a destination server and receive a response. It’s also called ping rate, ping, or lag, and it’s measured in milliseconds.

A simple analogy for latency is to think of a bouncing tennis ball. When you hit a tennis ball against a wall, how long does it take for it to come back to you? The time it takes for it to return to your racket would be the ping rate or lag time.

So, in the world of online gaming, latency refers to the time between a move the gamer makes and when it happens on the video screen. Lag is a gamer’s greatest frustration. Likewise, it’s considered the most important factor regarding internet speed for gaming.

When referring to internet speed for online gaming, latency has a much bigger impact than download or upload rates. This is because constant lag is a huge detriment to online performance– no matter how skilled the gamer is.

For example, say your lag time is higher than your opponent’s. Her or his moves might register first, even if you had the faster reaction time.

The higher your ping rate, the longer your lag time will be. A reasonably good ping rate for gaming internet speed is anything less than 100 milliseconds (ms). This said, 20ms or less is considered optimal. At this rate, every movement on the screen will be clear, and there won’t be issues with data transferring. In other words, no lag!

How to boost your internet speed for gaming

Fortunately, there are many ways to enhance your internet connection. Here are a few easy steps you can take to achieve a better online playing experience.

Performing an internet speed test for gaming is key to assessing your internet’s ability. But, what if your speed test results show optimal gaming requirements and you still experience lag? If this is the scenario you’re in, you may be too far away from your router.

Move closer to your router

Distance is one of the most critical factors when it comes to latency. Even if your internet speed for gaming is running at its peak efficiency, you could still encounter lag. This could be due to your position in reference to your Wifi router.

If your router is in another room while you’re playing, your Wifi signal could get obstructed by walls or doors. So, you can move your router into the same room you game in or position yourself so you’re sitting closer to it.

Use an ethernet cable

Similar to staying close to your router, connecting your console directly to your router will increase your speed. An Ethernet connection provides a more stable and faster signal. It also cuts any risk of lag. Thus, it will give you a good wifi speed for online games.

Upgrade to a Fiber connection

Fiber optic connection is the future, as it’s currently the fastest access we have to the internet. It’s much quicker and stronger than its well-known predecessor, DSL. For this reason, fiber internet provides the optimal internet speed for gaming.

A Fiber internet connection has download speeds of up to 100 Gbps, or 10,000 Mbps. Plus, its ping rates are as low as 11 milliseconds! Subscribing to this faster internet will boost your gaming experience. Also, with reduced lag during those epic online battles, it could increase your chances of winning.

Download speed, upload speed, and latency play an important part in a gamer’s experience. Having the right internet speed for gaming can boost your enjoyment and performance.

What Are Phishing Attacks And How To Avoid Them